African "Countries" Fighting For Independence in 2017 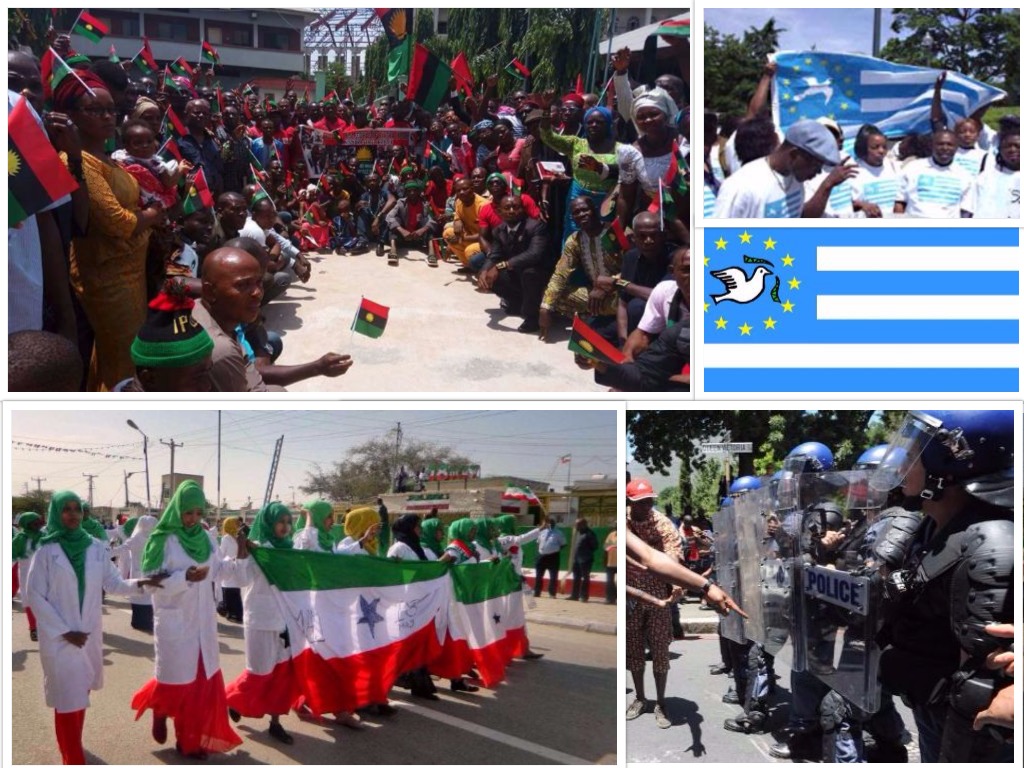 When African states gained independence, the continent's new leaders agreed to respect the old colonial borders to avoid endless wars, but separatist movements still abound. Most of which lay historical claims of how they where once a nation on their own, or had been wronlgy brought into their current unions, others are simply uncomfortable with their current governments which are corrupt and responsible for various acts of "discrimination" againts the ethnic groups that start these separatist movements.
It's quite suprising to know that in 2017 a good number of separatist movements are still very much active in Africa. According to a Wikipedia list there are above 20 "countries" in Africa which are still actively advocating for a sessesion. In this non exhausitive list I select the most popular separatist movements (countries) and give summaries of their various status quos.
The "countries" listed below are listed according to how much political activity in relation to their independence/seperation is currently carried out, this list may not be in the perfect order but should be very close to actualities. In addition just the very active 2017 independence movements (and de facto independent states) are included, references to less active/dieing movements are included at the bottom.

Biafra, officially the Republic of Biafra, is a secessionist state in eastern Nigeria made up of mostly the Igbo people who led the seccession due to economic, ethnic, cultural and religious tensions among the various peoples of Nigeria. Other ethnic groups that constitute the republic are the Efik, Ibibio, Annang, Ejagham, Eket, Ibeno and the Ijaw among others.
Biafra happens to be top on the list as many Biafrans still carry alot of positive energy about the movement even in 2017 despite its more than 50 year prolongation. The separatist movement is now championed by Nnamdi Kanu leader of the Indigenous People of Biafra (IPOB) with other main partners in Lodon. Biafra has built a good amount of state emblems including her flag, coat of arms and Biafra radio based in London. Its worth noting that the state was formally recognised by Gabon, Haiti, Ivory Coast, Tanzania and Zambia. Other nations which did not give official recognition, but provided support and assistance to Biafra, included Israel, France, Spain, Portugal, Norway, Rhodesia, South Africa and the Vatican City. 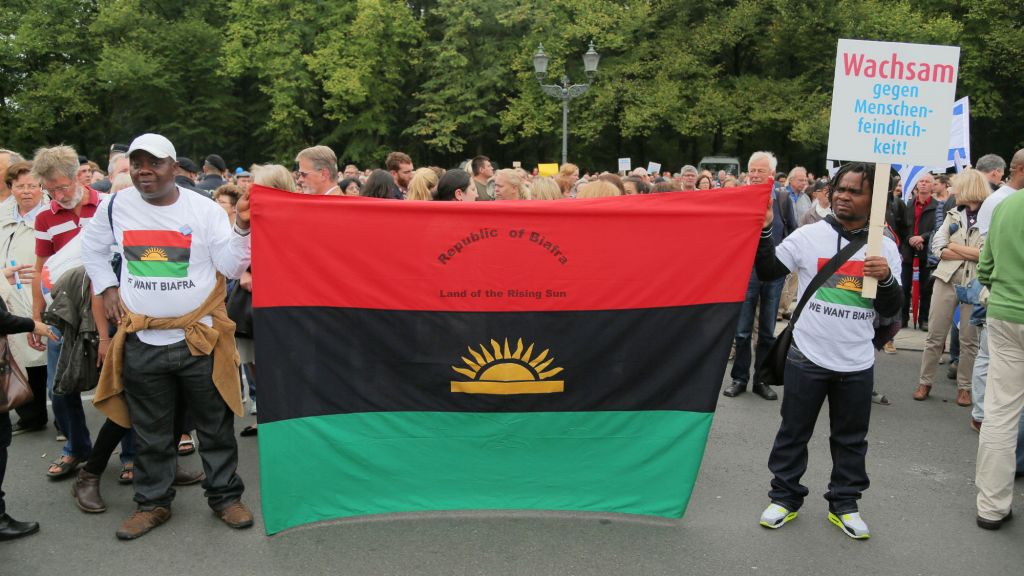 Ambazonia is the name used to refer to the Southern Cameroons which is made up of the two minority english speaking regions of Cameroon near Nigeria.The name is used by organisations that struggle for the dissolution of the 1961 union of the Southern Cameroons with Cameroun. The issue of Ambazonia is not a new one as it has roots far back in 1984 when the second president of Cameroun, Paul Biya changed the name of the territory from United Republic of Cameroon to the Republic of Cameroon a name French-speaking Cameroon acquired at independence on January 1, 1960.

Separatists have been working/"fighting" for the restoration of Southern Cameroon underground in Cameroon and more openly in other countries, until November 2016 when english speaking teachers of Cameroon staged a protest againts the francophonisation of their system following a similar protest by english speaking lawyers of Cameroon (Southern Cameroons). As a result of the "inaction" of the Cameroon government or brutal military/official responses the two independent protests now expaned to what became known as the Anglophone Problem and the entire(majority) anglophone community had joined the protest tabling complains of discrimination. Due to the dragging of feets of the Cameroon government, the separatists movements seized the opportunity and started spreading messages of seccession which has now become a prominent issue in Cameroon and as a consequence the concept of the restoration of Southern Cameroon(Ambazonia) is trending in the western part of Cameroon with support that has grown fast to cover a great chunk of the anglophone community of Cameroon.

The Southern Cameroon diaporans in partnership with underground movements like the SCNC(now less prominent as it's now one of the member organisations of the Southern Cameroon Governing Council) have put in place several national emblems including a flag, coat of arms, national id cards/passports and have establised a television channel SCBC (Southern Cameroon Broadcasting Cooperation) based in south Africa.

Cameroon also had/has (who knows?) sessionists fighting for the Democratic Republic of Bakassi advanced by an indigineous people known as the Calabars. It has however died down since the aquisition of the penisular by Cameroon. 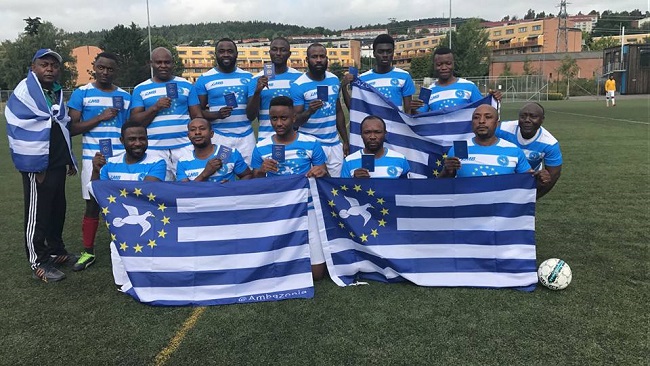 Darfur is the western region of Sudan, Darfur is not a country in itself. The region was home to about 6 million people and is about the size of France. The issue of secession is a result of the War in Darfur, that began in February 2003 when the Sudan Liberation Movement (SLM) and the Justice and Equality Movement (JEM) rebel groups began fighting the (JEM) rebel groups began fighting the government of Sudan, which they accused of oppressing Darfur's non-Arab population. To which government responded by carrying out a campaign of ethnic cleansing against Darfur's non-Arabs. This resulted in the deaths of hundreds of thousands of civilians and the indictment of Sudan's president Omar al-Bashir for genocide, war crimes, and crimes against humanity by the International Criminal Court.

Dafur ranks high as a "country" fighting for independence because despite the more than 10-year war and a referandum (which favoured the Sudanese government) that was carried out in 2016 in order to determine the status of Dafur the unrests and ongoing war does not seem to be ending anytime soon and it seems separation is the only solution.

It's quite clear what "they" need, googling Darfur Flag brings up results (Flag) different from that of Sudan.

Somaliland, officially the Republic of Somaliland, is a self-declared state internationally recognized as an autonomous region of Somalia. Somaliland declared independence after the overthrow of Somali military dictator Siad Barre in 1991. The move followed a secessionist struggle during which Siad Barre's forces pursued rebel guerrillas in the territory. Somaliland is only added on the list because it's an unrecognized state it's government currently doing a lot of work to get international recognition. This simply means their process of independence is not yet complete notwithstanding the country has achieved quite much including being relatively peaceful, has national media and uses her own currency.

Somaliland celebrated 25 years of self-declared independence in 2016, and there are talks on the internet raising interestson the issue of it's recognition. 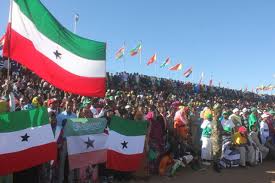 Noureddine Adam explained that they wanted first to achieve autonomy within the Central African Republic and eventually absolute independence, and that is exactly what they are doing eventhough this is already self-declared nation it still finds its place in this list.

This list is very non exhaustive it covers just five of the popular struggles. However there are several other less prominent struggles(and self-declared states) in Africa. Ethopia alone has atleast five separatists movements ( Afar, Gambela, Ogaden, Oromia, Sidama Zone) and other self-declared nations and automous regions (like Buganda - Uganda) with hopes for indepence exists.