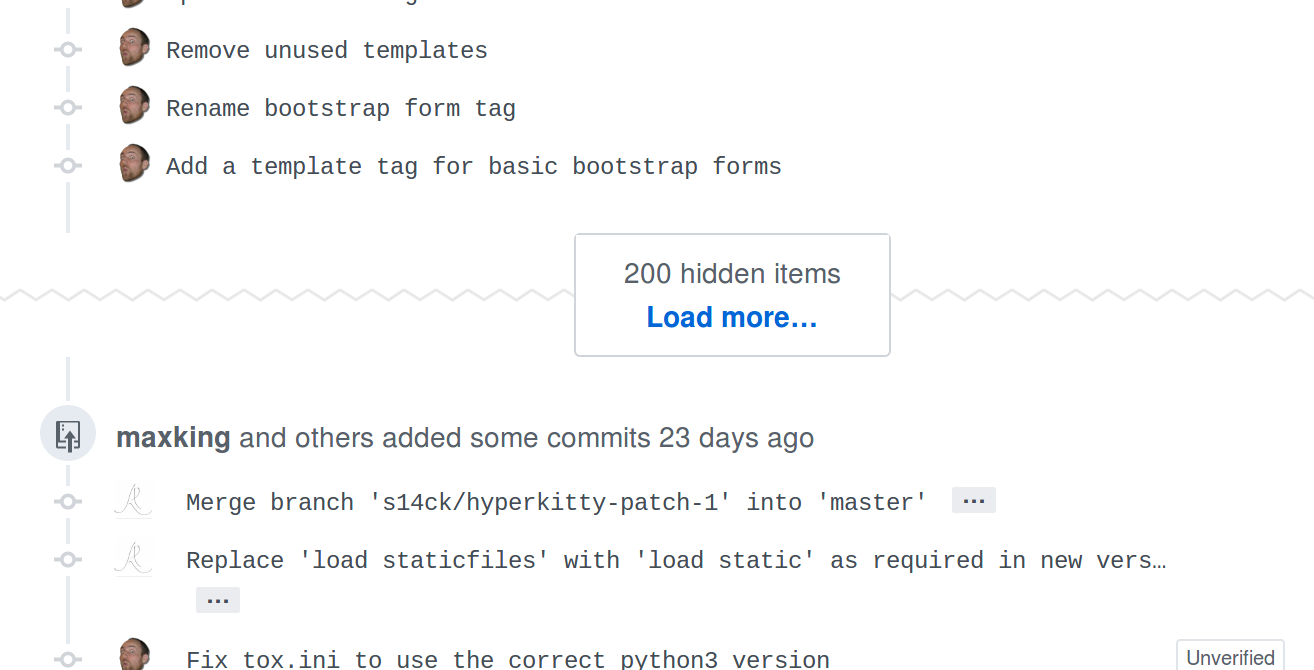 Week 7 so far has gone down quite differently from the past weeks as I started work on a new repository, Hyperkitty.  Hyperkitty aims to provide a web interface to access GNU mailman v3 archives. So, here is a rundown of week 7's summary report/changelog

Changes/updates that have been made for over 3 years by the maintainers of Hyperkittty where introduced into the systers clone.

Another important change is the deprecation of the hyperkitty standalone which provided Django project files for the Hyperkitty application, the project was replaced by simply introducing an example_project folder into the main hyperkitty structure which is by far a better practice.

The documentation and contribution (set up) guidelines for the Systers clone pointed to a "live" document which has changed drastically in 3 years. The document is to be used to setup the latest versions of Hyperkitty in the mailman repo, even at this there was no pointer whatsover that indicated that. It resulted to the use of the said document as a configuration guideline for the systers clone which without update is exceptionally confusing, practically impossible and a total waste of time.