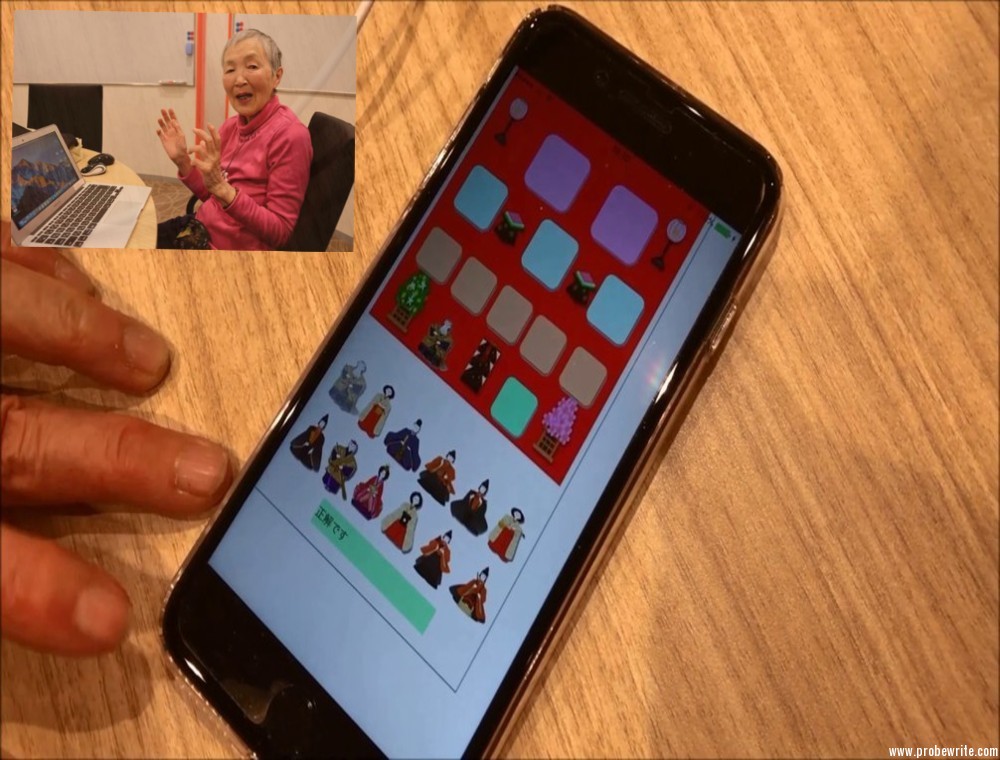 What are you doing? Think you are too old, especially to learn something new? Meet Masako Wakamiya, who first started using computers when she was 60-years-old, and ultimately created a game in March this year that is based on the Japanese doll festival, Hinamatsuri, a holiday that celebrates the health and well-being of girls. And to appeal to older players, its pace is slow and its narrator speaks slowly.

Wakamiya was the oldest developer attending Apple WorldWide Developers Conference(WWDC), Apple's annual developer conference that was held in San Jose, Calif. Like many of her fellow attendees, Wakamiya's free app, called Hinadan, is available in Apple's App Store, and she is eager to create more.

"As you age, you lose many things: your husband, your job, your hair, your eyesight. The minuses are quite numerous. But when you learn something new, whether it be programming or the piano, it is a plus, it's motivating," she says. Start doing something!