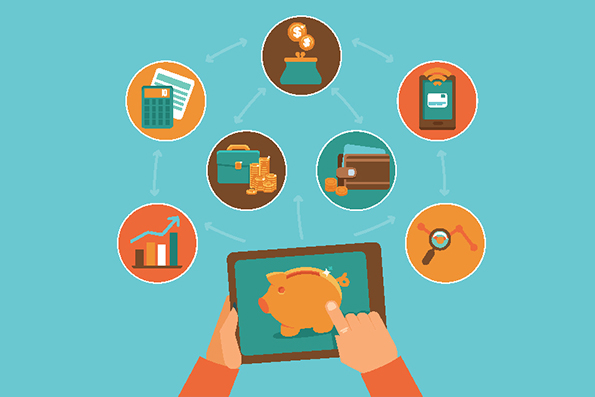 We are already hearing a lot of "Financial Literacy is not taught enough" or not taught at all in schools. However, I am not sure many young people or enough young people are taking the time to learn this great skill on their own. We are too busy in this crowded world. Today with social media and everything it's super easy to lose focus yet the consequences of not having this skill is something many youths can't escape from eventually. Probably because they are not so lucky.

I decided to find a friendly way to share with my friends about the little I have learned about financial literacy. I titled it financial literacy 101 for young adults, and I started doing so by sharing short ideas on my WhatsApp status for them to interact. Very few of them (you) are engaging but I still think it's worth the few and I promised documenting a summary every week for them. That's the reason we have this blog! These blogs (the series) is basically a detailed account of what I shared on my status every week. I write them during the weekends.

Disclaimer: I am not a financial literacy expert, an economist or anything in that light the information you find here is purely based on my little experience, knowledge from books, interesting youth programs and of course my strong perceptions and views. Example sources include Rich Dad, Poor Dad by Robert Kiyosaki, Lessons from the  Money and Investment Week by TV XYZ Ghana, Learning how to Learn, tons and tons of articles read and more! Let's go!

Integrity and Honesty as a Financial Skill

Though trying to be progressive, I started the series in the first week with Integrity/Honesty and ended with the Rat Race. I am not following a particular order but I am trying to be progressive and as such we would quickly conclude that I consider integrity a fundamental in financial literacy. What did I share with them by the way? I started by sharing with them what integrity is and concluded by stressing on why it is important in financial literacy. Straight to point,

Integrity is stringent adhering to moral and ethical values that are beneficial to all.

Religious people define it as what you would do if no one else was seeing you.

So why is it important? Money is the epicentre of many deceitful activities. While it is important that we learn how to make and manage money, it's key that we do so using "clear paths".

Cunning, lies-telling, deceit and lack of integrity is a common behaviour that you would find common with people who are desperate to make money the "anyhow" However pleasing to receive the money, it is really sad how bad you would feel knowing how you got it except you don't care. It is even worse when you are caught in the course of deceitfully trying to extort, steal, corrupt or make money by means short of integrity.

I went further to narrate a personal story about how a local vendor deceived me, how I found out, her reaction and finally explained why it's not a beneficial way of earning. I reminded them of a common phenomenon were some local drivers run away with peoples balances thinking it's a smart way to live in a hard country.

Well you may what I told my friends but the implication or moral of both stories is stories are both important which is:

Why? Because anything short of that is not sustainable and it's a bad way to desire financial growth. A good way to see it is, if you are selling cakes then you can easily bake more cake and sell in the same way you sold the other ones to new or old customers. That's repeatable!

If you offer a service maybe accounting, you are sure you can get your next client and still sell the same service and still get paid! that's repeatable in "every environment".

The last example or illustration which is very important is that your attitude on finance (and generally) should be repeatable. Well, you could just take the money because no one is there and the records are clear but wait, is it a repeatable way of getting the financial reward? What if people were there? Be honest! Anything short of integrity is not a repeatable and sustainable model for someone who desires growth and peace of mind.

The last thing I stressed about in this first week was asking my friends if they ever heard about the rat race? It was a way to introduce the Income-Expense ideas and here is what I told them.

A rat race is an endless, self-defeating, or pointless pursuit. As included in its definition the rat race is any pointless race, anyone self-defeating that contains elements that make it bound to fail naturally or never eventually succeed. So if you are doing something and there's a counter effect from you or an external entity, that prevents you from reaching your desired end result, you are running a rat race. Every day we run rat races, many of the things you find people doing even as daily activities are really tantamount to rat races but that's a different story.

In relation to Financial literacy, the rat race is basically about. Income and Expense.  That's a big summary!  We simply have people working to have more money. They keep working harder and harder and then forget that expense is always on the rise. Hence the goal to get financial stability remains just as a goal for people in the rat race. It's so expanded the result of expense increase could be age, children, health, anything but the growth in expense trend is ubiquitous enough to conclude that expense is always on the rise. Primarily because averagely people's income usually does not grow in proportion to their expense. Inversely, income usually drops generally. It's like a "two-point" sine graph. From down to peak and then down again.

Finally, apart from the short example about one interval sine curve between two points above, I used asymptotic analysis in preparing for the next lessons to illustrate that money was for people who love numbers and economics! By saying :

Of course, money is not for people who don't like numbers! and by extension basic mathematics and economics! So if you are following this series do your self some good and pick a short course on that. The rat race is basically what a mathematician would describe as approaching an asymptote. Asymptotes are never reached but they are always approached.

If you don't get that, don't worry! I don't even know what it means myself. But sparsely speaking it's just some random jazz trying to tell you to get familiar with numbers and basic economics! End of week/part 1.

There's no comment feature on this blog! Hopefully, that is added in the days ahead but you can always tell me what you think on twitter @noellinks or via nfebe@probewrite.com Thanks for reading!